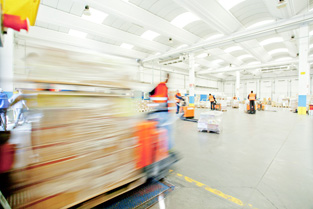 Eurodifarm / How We Deliver Health / Know How

Ground-breaking Service, Professionalism and Know How for over 20 Years

The distribution chain of the pharmaceutical sector is one of the most, delicate and complicated that exists. Pharmaceutical products must be capable of arriving anywhere, to anyone who may need them, on time. A tough challenge that Eurodifarm manages successfully on a daily basis, by relying on excellent infrastructures, advanced technologies, state-of-the-art information systems, professionalism, specific know-how and expert resources.

Eurodifarm has been operating in the pharmaceutical, diagnostic and medical sector for more than 20 years. It began as a small company, the fruit of a brilliant idea conceived by three businessmen, Aldo Soffientini, Giuliano Gabrielli and Di Renzo Pietro, and over the years it has consolidated its position thanks to its expert staff and excellent operating centres, becoming a benchmark in its sector.

Let’s discover how the company has reached this level of excellence by retracing its history together.

Eurodifarm’s History since the 90’s Up to Now

Eurodifarm continues to invest in digitalization with the Go Live of the POD project.

Joining the FR-eVue tender announced by the City of Milan and in cooperation with the European Community. Objective: to carry out the distribution of the last mile with electric vehicles within urban centers

Opening of the new regional platform in Cagliari

Opening of the new Logistic Hub in Bologna

Eurodifarm becomes part of the Deutsche Post DHL Group, which purchases 100% of the company

Opening of the new regional platform in Piacenza

Opening of the new regional platform in Brescia

The venture capital company WISE S.g.r. takes the company over. Eurodifarm expands, becoming the only operator who can perform the delicate task of transporting pharmaceuticals on a multi-regional scale

Opening of the Hub in Milan (Casalmaiocco)

Opening of the regional platform in Brescia

Eurodifarm is founded: the fruit of a brilliant idea conceived by three businessmen, Aldo Soffientini, Giuliano Gabrielli and Di Renzo Pietro, who believe in a new business model of transport specially designed for temperature controlled pharmaceuticals